The Chattanooga Whiskey Co. rewrote century-old laws with their Vote Whiskey campaign to be able to distill Whiskey in their hometown.

Pre-Prohibition, Chattanooga, Tennessee, was once one of the largest Whiskey-distilling cities in the nation with more than 30 distilleries in Chattanooga’s downtown area from 1866–1915.  Although Prohibition was repealed in 1933, until 2009 only three counties allowed liquor distillation. Then in 2009, it became legal to distill spirits in 41 counties in Tennessee. But Hamilton County, where Chattanooga is situated, wasn’t one of the 41 counties included. It wasn’t until 2013, due to the “Vote Whiskey” campaign started by Tim Piersant and Joe Ledbetter, that liquor distilling in Chattanooga was legalized. In March 2015, Chattanooga Whiskey Co. built the first legal distillery in Chattanooga since Prohibition. 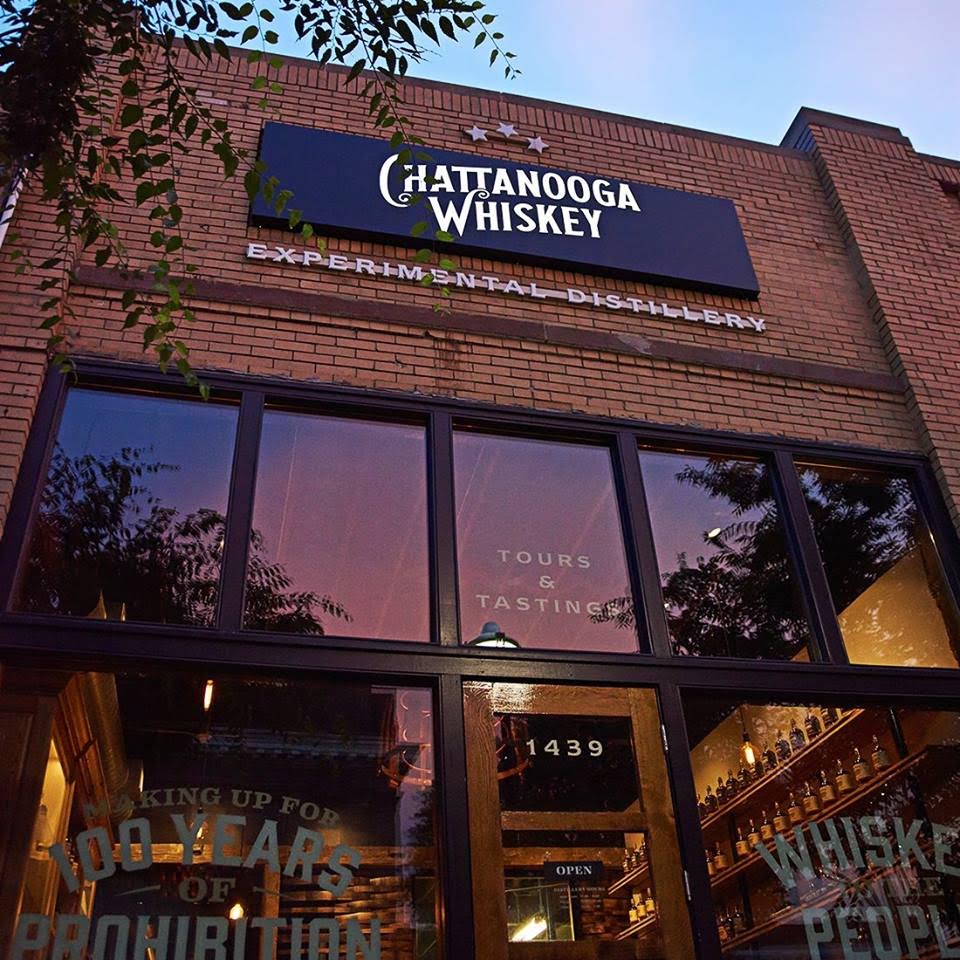 In 2011, out of 95 counties, most could not distill—Chattanooga being one of them. Piersant explains how they got around the dilemma: “We packaged a product that was made entirely out of town that shipped straight to our distributors.”

Chattanooga Whiskey Co. launched as a concept on Facebook in 2011 with no product or plan, but due to local media coverage and public request, it manifested itself into a product in a matter of months with a launch by early 2012. In its beginnings, the company sourced its Bourbon from Indiana, Piersant says, “…because it was illegal to distill in Chattanooga and much of Tennessee due to state laws that dated back to Prohibition. Shortly after our launch in Chattanooga, all of Tennessee, and all of Georgia, we shifted our focus to changing laws so that we could bring real Chattanooga Whiskey to the people of Chattanooga for the first time in 100 years.”

The Vote Whiskey campaign started locally and then moved to the state where Piersant says they sought “…an AG (Attorney General) opinion that caused us to form new bills. Those new bills opened distilling for the majority of Tennessee in 2013, allowing dozens of distilleries to open their doors the coming years, but most importantly allowing us to build Chattanooga’s first distillery since 1915.

The Vote Whiskey campaign started as a tool to educate citizens about Whiskey and the political process that would be involved in creating change. The law would allow Piersant and Ledbetter to move the production of Chattanooga Whiskey home.

“The Vote Whiskey campaign was created by both Joe and me in a brainstorm to raise awareness that it was illegal to distill and that the only way laws would change would be by widespread community support. Most of the community didn’t understand why Chattanooga Whiskey was made in Indiana up until the Vote Whiskey Campaign took effect,” Piersant says.

Even at the last moment, the law was controversial and “…rolled several times before it finally passed on the last day of the general assembly.”

Now that they’re free to distill Whiskey in Chattanooga, they’re getting noticed for two of their best sellers, the 1816 Reserve and the 1816 Cask. 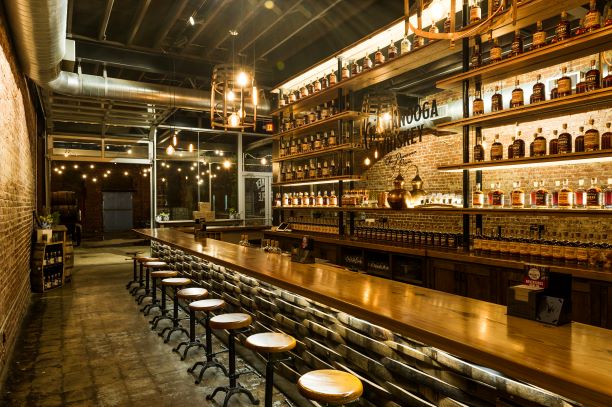 “Smooth with a hint of spice, you’ll love the clean finish of our 1816 Reserve. The Reserve is a 90-proof high-rye Bourbon, aged in charred American white oak barrels with a mash bill consisting of 75% corn, 21% rye, and 4% malted barley. Drink it as you like it—neat, chilled with Whiskey stones, or mixed in your favorite cocktail.” 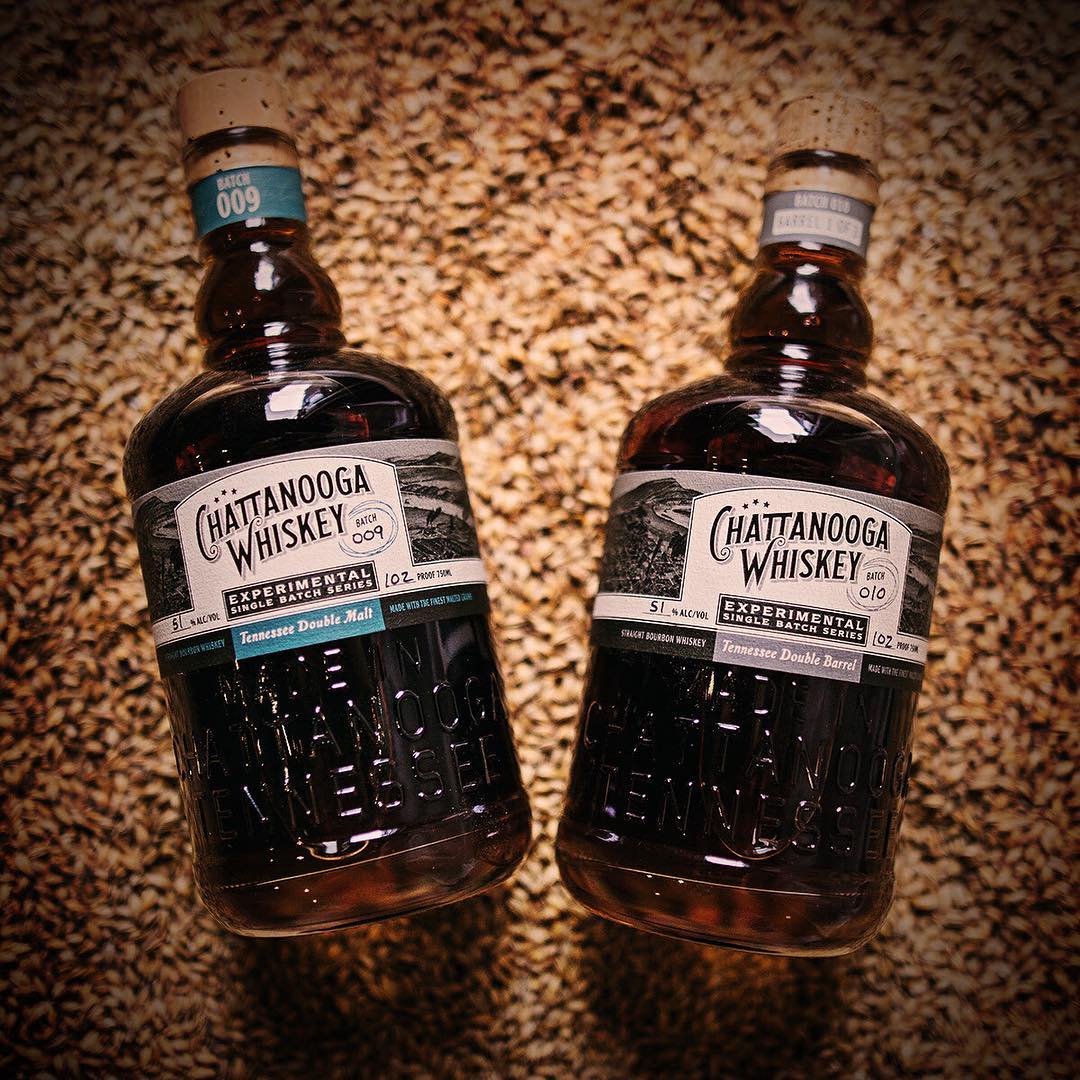 “1816 Cask is a robust 113.6-proof blend, coming from barrels selected for their bold character and high-proof cask notes. It is an immediately more intense Whiskey on the nose with vanilla and dark toffee notes up front and cinnamon notes in the background. The finish is warm and slightly spicy, extremely smooth for its proof.”

When asked if there is anything unique about Chattanooga Distilling Co.’s distilling process, Piersant replied, “Yes, a lot. The Experimental Distillery has allowed us to push the envelope of quality and complexity with Bourbon. We use more specialty malts, malted Whiskey yeast , longer fermentations, multiple barrels chars/toasts, and a Solera Barrel process. There is nothing about our process that isn’t dedicated to a more complex and higher-quality Bourbon Whiskey. That is why we call it ‘Tennessee High Malt.’”

Tours include a chance to view their custom-made still, affectionately named “Doc.” Piersant says the still is “the star of the show. Tours include a lesson in how Whiskey is made from ‘grains to glass’ and a chance to peek into the process. You may even get a chance to meet our Head Distiller, Grant McCracken, and see what he’s mixing up on any given day. Have a dram, learn a little something, and get a better understanding of what makes Chattanooga Whiskey such a special part of this great Tennessee tradition.”

Learn more about Chattanooga Whiskey Co. and their quest to change history at